My Call to Senior Pastoral Ministry 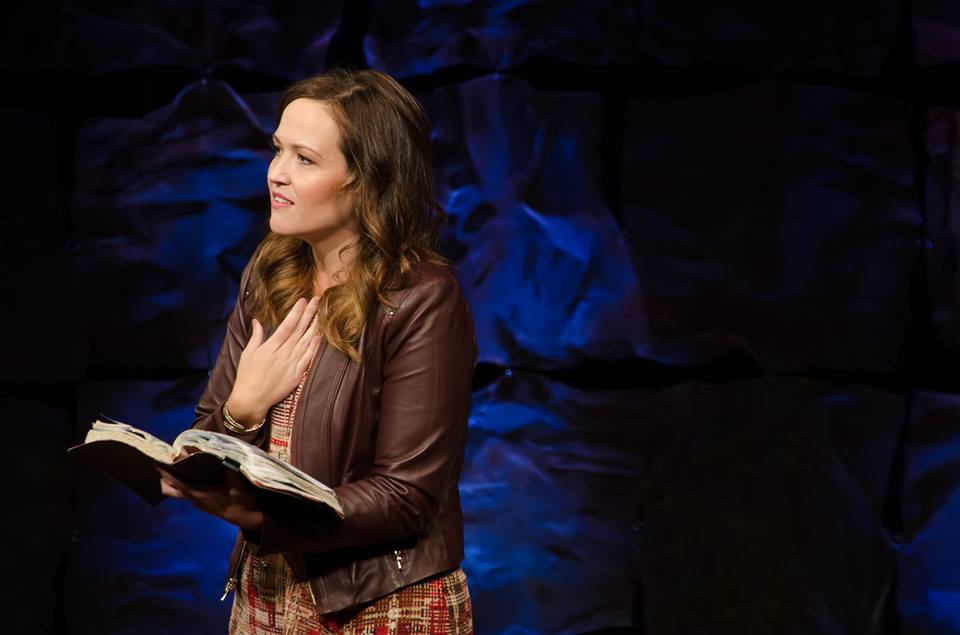 Originally Posted at Missio Alliance in May 2016.

Last November I received a phone call out of the blue that Pasadena First Church of the Nazarene (a.k.a. PazNaz) was interested in talking with me as a potential candidate for their next Senior Pastor. I was stunned to say the least, and I might have even laughed. You see, PazNaz is a church in my tradition that has roots to the founder, Phineas F. Bresee. It is also a church that has always been known for being progressive, “cutting edge”, and thriving. The former Pastor, Scott Daniels, was known for his dynamic teaching and preaching. So naturally when I received the phone call my response was something like, “who me?”

Since I can remember, I’ve had a pastor’s heart. Often times when I hear someone talk badly about the Church, I get offended in the way a sibling gets offended when someone is talking about her sister—“Hey, don’t talk about my sister like that!” I ache to see the Church live into the fullness of holiness in which she has been called. I long to see the Church lean into the power of the Spirit as she joins God on mission in this world.

Ever since I was a teenager, these longings have laid heavy on my heart, and I’ve wanted nothing more than to use my gifts to edify the bride. One time when I was 16 years old, I pulled over on the side of a road, turned the worship music on full blast, got out of my car, pulled out my Bible, and began to preach to the cornfields. Preaching to the cornfields might seem odd, but my passion and fire to preach was alive.

My sophomore year of college, I traveled to South Africa for 3 months with Youth in Mission. For three weeks leading up to the trip, I spent time in training at this lovely church called “PazNaz.” While I was there, I decided to meander through the building to do some exploring. Eventually, I made my way into the sanctuary and onto the platform and stood behind the pulpit. Much like any young preacher would, I stood behind the pulpit and scanned my eyes across the 1,200 seat sanctuary and wondered to myself, “what if I get to pastor this church someday?”

[bctt tweet=”When someone talks bad about the Church, I get offended like someone is talking about my family”]

We wonder many things in life, and often times our wondering’s are fleeting. So when I received a phone call on that blustery cold day in November that PazNaz might be interested in me as their next pastor, I laughed. Reflecting back, I am reminded of Genesis 18 when the Lord told Abraham that his wife, Sarah, who is old in her age, would soon have a son. Listening in on the conversation, Sarah has this response: “So Sarah laughed to herself as she thought, ‘After I am worn out and my lord is old, will I now have this pleasure?’”

But overtime, my heart for this potential calling to PazNaz turned from fear into love. The Spirit showed me that although I wasn’t “Scott Daniels” or the wonderful pastors of the past, I am Tara Beth, and God has called me to pastor in the way that only I can pastor, in the power of God’s Spirit, and I’ll never be ashamed of that. The same burden that I’ve had for the universal church became a burden for PazNaz. I began to imagine the possibilities instead of the impossibilities; I began to dream what it would be like to join PazNaz on mission. Eventually my own voice of doubt and fear faded to the background and God’s voice became louder and clearer. Confirmation after confirmation began to tumble into our lives and there I was at the crossroads of a call: Will I answer God’s call?

After months of prayer and discernment, and after walking with countless friends, family members, and mentors, God’s call became abundantly clear – God was calling my family to join PazNaz on mission, and God was calling me to be their Senior Pastor. On Sunday April 3rd, our family shared a meal with some of our dearest friends, the Rozko family, as we waited for the phone call from PazNaz to hear the final church vote. Late Sunday afternoon we received a call that PazNaz voted a resounding “yes” to call me as their Senior Pastor. We busted out the sparking grape juice (we are Nazarene’s after all!) and together celebrated that moment. On May 22, 2016, I will stand behind the pulpit of the denomination’s founder, Phineas F.  Bresee, and preach my first sermon in this 100+ year-old church where I will stand in line of countless wonderful pastors and preachers. I am sure I will have many more moments where I’ll say, “who me, Lord?!”, but I’ll do it with my eyes on King Jesus, clinging to His power, in the posture of ruthless trust. Even as I type this today, it’s hard to believe that in just a few short weeks I will be the Senior Pastor of Pasadena First Church of the Nazarene.

Thanks Be to God

If Phineas F. Bresee were still around today, I think he would be smiling ear to ear to see a woman preaching from his pulpit. You see, the Church of the Nazarene has been ordaining and calling women since it’s inception, but for complicated reasons, women have had difficulty finding positions. It’s hard for me to not recognize the greatness of this moment—a church boldly and courageously calling a woman to be their senior pastor.

Although I wish I could say this is the norm for my denomination, we aren’t there quite yet. But I thank God for women like Carla Sunberg, Shawna Songer Gaines, Tara Thomas Smith, Aimee Copley Mulder, Amanda Cash, Brooklyn Lindsey, Chipo Makwakwa, Dana Preusch, Elizabeth Bjorling Poest, Elizabeth Faye Shaw, Kara Lyons-Pardue, Marissa Lynn Coblentz, Susan Armstrong, Olivia Craker Metcalf, Robbie Cansler, and many (MANY) more who are leading the way. Each of these women have inspired me and I thank God for them often.

I am also grateful to women like Mandy Smith, Tracey Bianchi, and Jackie Roese who have modeled to me in incredible ways the role of a woman pastor. And finally, I am grateful for for men and women who embolden women, and in particular, men and women who have emboldened me to PazNaz, including Scot McKnight, Larry Rench, Kevin Mennoia, Dana Freeborn, Sharon Densford, the PazNaz Board, JR and Amy Rozko, John Bowling, Dan Boone, Mark Quanstrom, Dennis King, Greg Garman, Dan Meyer, JR Forasteros, Jory Micah, and many, many more.