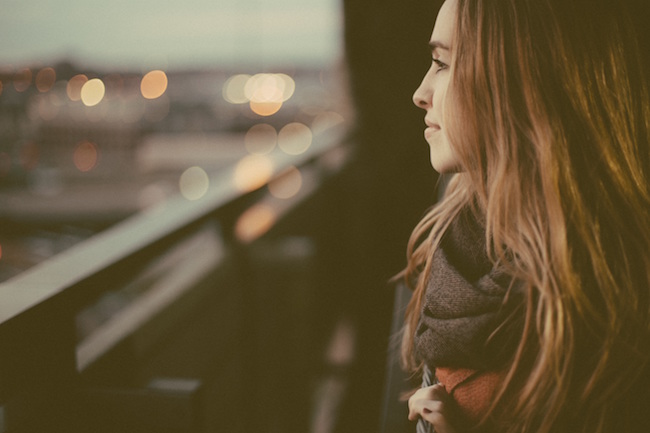 This post was originally published over at Missio Alliance on 10.26.15

Growing up, I sat at the feet of countless remarkable male preachers. Besides Beth Moore, I don’t recall ever hearing a woman preach until my sophomore or junior year of college. I witnessed countless men stand behind pulpits, open their Bibles, and preach the Word of God in awe-inspiring ways. I am thankful for these men, because at the feet of them, my faith was formed and challenged. But I often wonder what it would have been like for me to listen to a woman preacher before I myself preached for the first time. I imagine I would have been deeply encouraged and wildly inspired.

When women don’t preach, the church suffers. It is as Carolyn Custis James says in her book,Half the Church,

When half the church holds back – whether by choice or because we have no choice – everybody loses and our mission suffers setbacks. Tragically, we are squandering the opportunity to display to an embattled world a gospel that causes both men and women to flourish and unites us in a Blessed Alliance that only the presence of Jesus can explain.[1]

Because, when a woman preaches, something profound begins to happen in the pews, the ground begins to shift, barriers are torn down, and the once silenced mouths are opened.[2]

When She Preaches, Women In The Congregation Begin To Imagine Gifts Outside Of The Traditional/Patriarchal Roles

When she preaches, the women in the pews can begin to undo the narrative that tells them they are inferior to men. Many women sitting in the pews on Sunday morning aren’t sure what to do with scriptures that tell them to “keep quiet in the church” and are even told that scriptures like this should be applied to all women in every context. However, when she preaches, other women in the pews are pushed to think critically about those tough passages; they are pushed to consider their own gifts; they are forced to ponder a false narrative that they have embraced for far too long – that they are somehow less capable or less gifted in the Kingdom of God.When she preaches, women see a super-natural talent embodied in another woman, empowered by the Spirit, and propelled to edify all of the people of God.4 And it is then that women in the congregation begin to ask: can I preach, too? Maybe they will unearth the talents that have been buried for far too long; maybe they will spread their wings and fly; maybe they, too, will use their gifts in new and inspiring ways.

#WhenShePreaches, women in the pews undo the narrative that tells them they are inferior to men.1

When She Preaches, We Get A Glimpse Of The Women As Told In The Story Of God

When she preaches, we get a glimpse of leaders in the early church such as Phoebe, a financial sponsor for Paul’s missions and a deacon; Priscilla, the gifted preacher; Mary, the first to proclaim the risen Lord to the world; Mary, the mother of Jesus, and Junia, the bright and respected Apostle. And then there are women such as Deborah, the fearless leader; Huldah, the prophetess who helped reignite Israel’s faith; Miriam, the gifted musician for the people of God, and Esther, the brave queen who seized the moment and boldly approached the King.[3] When she preaches, she isnot alone, just as Scot McKnight writes on the Apostle Junia,

These women were called by God, gifted by the empowering presence of the Spirit, and used to encourage the people of God in big and bold ways. So when she preaches, she carries the legacy that these women started in the very beginning of God’s story. She stands among the priesthood of all believers and the Christological proclamation in Galatians 3:28.

#WhenShePreaches, she carries the legacy that women started in the very beginning of God’s story.

When She Preaches, We Get A Glimpse Into The Eschatological Kingdom Of God

On the day of Pentecost, when the empowering presence of the Holy Spirit fell upon all of God’s people, Peter – filled with this Spirit – boldly stood before the masses and declared:

The Holy Spirit inspires men and women alike with no distinction in God’s new end-time Kingdom. When she preaches, the people of God are living into the eschatological vision proclaimed by the Apostle Peter. Empowered by the Spirit, women are living the life of the future here and now just by using their gifts to edify the church (1 Cor. 12:4-11; Rom. 12:4-8; Eph. 4:11-13).

#WhenShePreaches, the people of God live into the eschatological vision of Apostle Peter.

When She Preaches, The Women In The Congregation Begin To See That They, Too, Are Invited To The Table

I’m really wrestling with God’s view of women, and what role my life is. It’s really hard for me as a new believer to be able to intellectually and Biblically understand why women are treated they are in American churches. It’s hard to piece apart what is Biblical and what is sinful patriarchy warping scripture to keep women in their place….Are we just a subplot in a men’s game? Did God really create me for a greater purpose that isn’t just what man I belong to?1

Sadly, this young woman is not alone in her discouragement or confusion. She doesn’t see a narrative or a church that invites her to the table. She is one of the brightest young people I have ever met; she graduated from an Ivy League school at only 20 years old. She is spunky; she is talented; she is gifted. When I watch her, it’s hard for me not to imagine all the ways her gifts could be used to edify the church. I could see her as a teacher or as a writer or as a theologian or as a seminary professor or as a pastor or as a preacher. But sadly, she doesn’t see a seat at the table for her.[5] Do you see, my friends? When a woman preaches, young women – much like the one who wrote this letter – begin to imagine what it would be like to sit at the table, and their imagining turns into an empowering and then to an edifying.

#WhenShePreaches, young women imagine what it would be like to sit at the table.

Dearest brothers and sisters in Christ, when women preach, something profound begins to happen in the pews, the ground begins to shift, barriers are torn down, and the once silenced mouths are opened.1 Other women are given the confidence that they are not only able but alsocalled to use their gifts within the Body of Christ. Who will you welcome to your pulpit today?[6]

[2] See a powerful post on Sarah Bessey’s blog, “Why Not Have a Woman Preach” right here.

[3] See a helpful post on women in the early church by Ed Cyzewski on Rachel Held Evans blogright here.

[5] Also read a beautiful and honest post by Kayla Blair on the Junia Project Blog, “Made in the Image of a God Doesn’t Look Like Me” right here.

Also: Scot McKnight has an interesting series on John Stackhouse’s new book, Partners in Christ: A Conservative Case for Egalitarianism. You can read it right here.  I read his last book, Finally Feminist and loved it. I am eager to read his new book.