Husbands, Submit To Your Wives 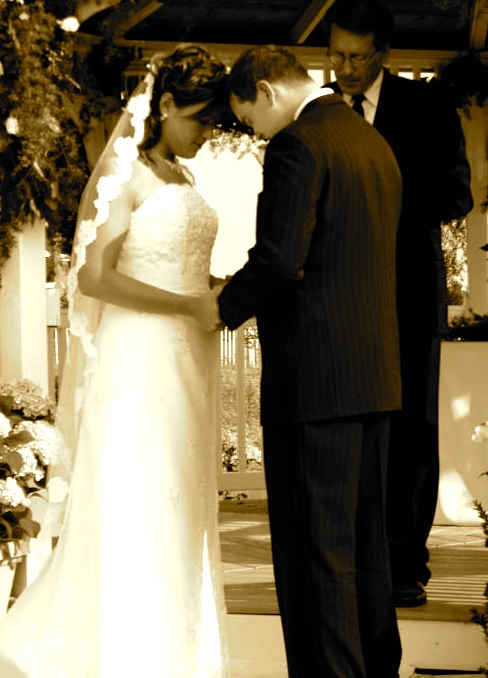 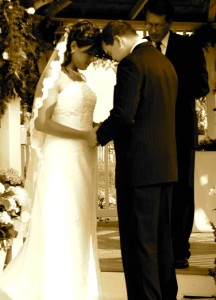 This post was originally published on Wednesday, June 24, 2015 over at Missio Alliance where I am a regular member of the writing team.

It’s Saturday morning and the sun is just barely on the horizon; the moonlight still dominates the morning sky. A pitter-patter of tiny toddler feet rumble across our bedroom floor and a wild-eyed, crazy-haired little boy exclaims, “It’s wake up time!”

I’m bone tired exhausted. It can’t possibly be wake up time already. As a seminary student, a pastor, and a mom, I’ve had a week full of writing papers, writing sermons, pastoral counseling, keeping track of emails, changing diapers, scooping crying children off of the floor – all while trying to maintain my own sanity. I’m tired. But so is he – my husband.

Jeff rolls over, kisses me on the cheek, and says, “I’ve got this babe. You sleep in.” He walks out of the room with the tiny little human, shuts the door. A few hours later, I roll over to realize I had slept in quite a bit. I walk downstairs to see two content little boys snuggling with their daddy, a clean kitchen, and leftover pancakes on the table.

“Good morning, babe, I made coffee for you.”

Before you pull out your Bibles to tell me how unbiblical I am, let’s look together at the very passage you’d like to show me.

Some hate it; others love it; some avoid it; others misuse it, but most know it.

As the pastoral officiant of a handful of weddings over the last few years, almost all couples would say something like this in pre-marital meetings: “We would love for any scripture to be read at our wedding, just not the one about wives submitting to husbands. No way.”  Even I was leery of the scripture passage for my own wedding just 9 years ago. I mean, come on, we live in 2015, right? But then again, it’s scripture, right?

There are others, however, who wish for the “good ol’ days” to make it’s way back into the American home. The days when men ruled as leader of the household, when women would obey their husbands with a meek, weak, and passive heart, when men made the decisions and women obeyed, and when women devoted themselves to all things inside the home. But I would argue that this is more of a doormat theology, and not Biblical theology.

This is one of the more debated and even abused passages in the New Testament. In today’s context, the word “submissive” is most often understood as weakness, giving up of control, and being dominated by a more privileged party. In other words, the wife is most often seen as the weaker partner who submits to the more powerful partner, the one at the top of the hierarchy, the husband. But in today’s western cultural landscape, this almost certainly makes a lot of people’s skin crawl.

This theme of submission is not unique to Ephesians 5, and is even found in 1 Corinthians 16:16 when Paul urges Christians to submit all members of the first converts from the household of Stephanas who have now devoted themselves to the service of saints.  All members of the household would not exclude servants and women. Therefore, Paul is asking Christians to submit to servants. Prophets are called to submit to other prophets (1 Cor. 14:32); Christians, above all, are called to submit to Christ (Rom. 12:3; Gal 5:13). Submission is most often thought of as the husband having control and power over the wife; but interestingly, Paul notes that women have authority over their husband’s bodies in the same way that men have authority over the wife’s body (1 Cor. 7:4). Furthermore, when Paul urges all Christians to submit to one another, how is it possible for there to be a more powerful or privileged party in view (Not to mention Galatians 3:28)?  Could it be that husbands, too, should submit to their wives out of love and sacrifice?

25 Husbands, love your wives, just as Christ loved the church and gave himself up for her 26 to make her holy, cleansing[a] her by the washing with water through the word, 27 and to present her to himself as a radiant church, without stain or wrinkle or any other blemish, but holy and blameless. 28 In this same way, husbands ought to love their wives as their own bodies. He who loves his wife loves himself. 29 After all, no one ever hated their own body, but they feed and care for their body, just as Christ does the church— 30 for we are members of his body. 31 “For this reason a man will leave his father and mother and be united to his wife, and the two will become one flesh.”[b] 32 This is a profound mystery—but I am talking about Christ and the church. 33 However, each one of you also must love his wife as he loves himself, and the wife must respect her husband. (Eph. 5:22-23 NIV)

The cultural landscape in which Paul writes was in the midst of what Scot McKnight calls “a gender and sexual revolution…”[1] What he calls the “new Roman woman” was dominating, aggressive, argumentative, strong-willed, and even provocative.[2]  So the when Paul writes, “wives submit to your husbands”, it is not in an oppressive, top-down hierarchy sort of way, but it is instead a radical act of subversive love and selflessness from the wife toward the husband.

Furthermore, as a result of the fall, humanity almost instinctively seeks to hold dominance over one another. Let’s be real for a moment.  When Jeff and I are both cooking in the kitchen, both of us are attempting to rule the roost. After being married for 9 years, I immediately get tense when Jeff starts looking over my shoulder for fear of him telling me what I should be doing differently. Similarly, when Jeff is cooking a meal, he is quick to kick me out of the kitchen so I don’t start micro-managing every move he makes. “Why would you put that sauce in that soup? That’s gross, I won’t eat that!”

Not too long ago, after being home with two toddler boys all day, I was extra eager for Jeff to come home so I could have a moment to myself. At 5 o’clock on the dot, I called Jeff at work, and as soon as he answered the phone I so rudely interjected, “Why in the world have you not left work yet!”  There was a long pause on the phone; he was probably shocked by my tone. “Babe, I’m tied up and am going to be late tonight.” I turned around to see a 4 year old throwing a temper tantrum on the ground and a 2 year old dumping water on the couch, and in a rush of frustration I said “Ugh, fine!” and abruptly hung up the phone.

The fall turned the woman to seek dominance over the man, and the fall turned the man to seek dominance over the woman.  A life of struggling for control is the way of life for the fallen.  But the good news story of the Bible is that the fall eventually gives way to new creation; the fallen can be reborn and re-created.  Sadly, the church has far too often perpetuated the fall as a permanent condition.  Perpetuating the fall entails failing to restore creation conditions when it comes to male and female relationships.[3]

So in just a few sentences, Paul appeals to the new world order established in Christ: A world where women are no longer dominated by men, but are loved sacrificially; and a world where men are not dominated by women, but submitted to lovingly. Paul turns the husband and the wife toward the way of the new creation in Christ.

No longer is there any privileged party in marriage. (Gal. 3:28)

No longer do husbands serve their own self-interest before their wife’s.

No longer do wives serve their own self-interest before their husband’s.

No longer do husbands control their wives with a top-down authority.

No longer do women have dominance over their husbands.

Who, being in very nature[a] God,
did not consider equality with God something to be used to his own advantage;
7 rather, he made himself nothing
by taking the very nature[b] of a servant,
being made in human likeness.
8 And being found in appearance as a man,
he humbled himself
by becoming obedient to death—
even death on a cross!

9 Therefore God exalted him to the highest place
and gave him the name that is above every name,
10 that at the name of Jesus every knee should bow,
in heaven and on earth and under the earth,
11 and every tongue acknowledge that Jesus Christ is Lord,
to the glory of God the Father. (Phil. 2:6-11 NIV)

Did you read that? “He took on the very nature of a servant…He humbled himself by becoming obedient to death…” Love, then, is starting to sound a lot like submission. Furthermore, we are reminded that in verse 21, both the husband and wife submit to Christ; therefore, all authority and power belongs to the One who Reigns eternally – King Jesus, the one who gave it all so selflessly and sacrificially.  Control has already been surrendered over to Christ; the husband and wife, then, have mutually given up control to King Jesus.  Both submission and love, are based on the couple’s relation to Christ.

Paul paints a marital picture that is the way of Jesus: humility, real love, sacrifice, and unity. It’s husband and wife, hand in hand, knee to knee, trying to out-serve one another. “You first!”, says the husband. “No, you first!”, says the wife. As the husband and the wife both submit to Christ, out flows radical acts of love, selflessness, and sacrifice for one another; it is the central ingredient to the Spirit-led life. In the very same way that Jesus redefines greatness as a servant, so it is in mutual submission: “…. but whoever wishes to be great among you must be your servant, 27 and whoever wishes to be first among you must be your slave..”(Mt. 20:26-27 NRSV)

However small or grand it looks on a daily basis, it looks a lot like Jesus.